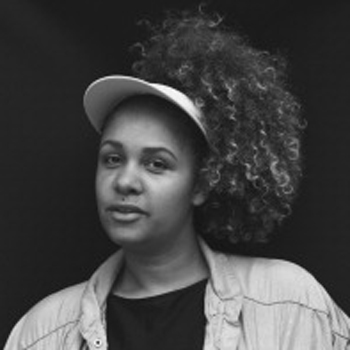 © Juliane Werner
Olivia Wenzel was born in Weimar in 1985. She studied cultural studies and aesthetic practice at the University Hildesheim and she lives and works in Berlin now. She writes texts for the stage and texts to be read in silence, she makes music as OTIS FOULIE and she is active as a performer - most recently in the play „Die Erfindung der Gertraud Stock“ with the collective vorschlag:hammer.

Olivia Wenzel's text for the theatre have been performed at the Kammerspiele in Munich, the Thalia Theater in Hamburg, at the Deutsches Theater in Berlin at the Ballhaus Naunynstraße. With her prose texts she was invited to the international literaturfestival berlin, to the Literaturhaus Hamburg and the Prosanova – Festival for young German contemporary literature. In 2017 she participated in the literature course of the Bachmannpreis and in the authors' workshop of the LCB (Literary Colloquium Berlin). Her first novel will be published by S. Fischer Verlag in 2019. Besides writing, Olive Wenzel runs workshops, works with children and young people in writing workshops and is part of the cobratheater.cobra network.