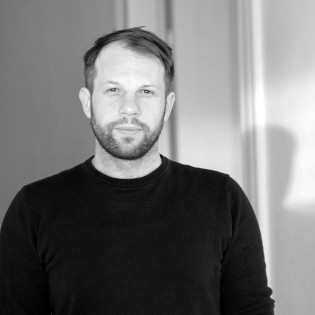 Clemens Mädge was born in Lüneburg in 1983. From 2007 to 2010 Mädge worked as assistant director at the Junges Schauspielhaus Hamburg. Since 2010 he has been working as a freelance author, director and theatre musician. Among others at theatres in Hamburg, Vienna, Frankfurt, Berlin and Hannover.
His debut play Im Stillen was translated and performed both in Denmak (Teater Nordkraft, Aalborg ,2012 - 2015) and in India (Pune, 2010). In 2012 Mädge was awarded the Hans Gratzer Scholarship for his play Geronnene Interessenslage. In 2018 he received the Christian-Dietrich-Grabbe Prize for his play Wenigstens hat es mal gebrannt and the Cultural Promotion Prize of the Lüneburg district. His children's play Paula was shortlisted for the Brothers Grimm Prize 2019.

Clemens Mädge
Paula (8+)
2 D, 2 H
The father of 8-year-old Paula is dead. Her mother is grieving, but for Paula ... more
» merken
Production history