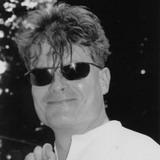 Werner Schwab was born in Graz in 1958. He studied at the Academy of Fine Arts in Vienna. Already his first stage plays, the so-called Excrement Dramas, made him the playwright most in demand in the German speaking world. After just a few very productive years, he died in the early hours of New Year’s Day 1994.