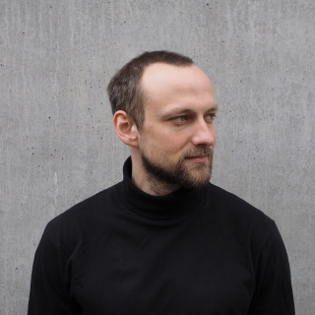 ©Raphael Rumpf
Helwig Arenz was born in 1981 in Nürnberg in 1981, he studied acting at the Anton-Bruckner-University in Linz and worked in a variety of theatre ensembles in the following years. Since 2013, he has been a freelance actor and author. His novel Der böse Nik was published in 2014 and nominated for the debut award of the Buddenbrookhaus Lübeck. In 2016, his second novel was published, Nachts die Schatten. He received the 20th Dutch-German Children's and Youth Dramatists' Prize for his play Caligula und das Mädchen auf der Treppe.