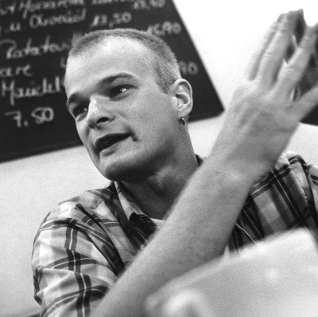 Jens Roselt, born in Wildeshausen in 1968, attended the Applied Theatre Studies Course in Gießen from 1989 to 1994. He won a scholarship from the German Research Society and completed his PhD on “Irony in Theatre” in 1998. In the following, he worked as an associate at the Freie Universität Berlin.
In 1995, he first came to notice as a dramatist with the premiere of his play Trüffel. In 1996, the State Theatre of Mainz presented with its premiere of Dollmatch “one of the most intersting authors of the young generation”. In the season of 2000/2001 he was resident author at the State Theatre of Stuttgart. Since 2008, he has been professor of theatre studies at the University of Hildesheim. Jens Roselt lives in Berlin