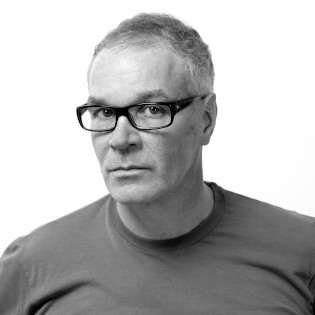 Robert Woelfl, who was born in Villach in 1965, lives in Vienna as a freelance author. His oeuvre spans stage plays, audio plays and video essays. In November 2000 he received the Reinhold-Lenz Award for New Drama for his play Dem Herz die Arbeit, den Händen die Liebe. For his play Kommunikation der Schweine he received the Authors’ Award of Theatre Publishers at the Heidelberg Stückemarkt in 2001. Most recently, he received the Dramatists’ Award of the Stadttheater Klagenfurt for Wir verkaufen immer. A number of his plays were written in close collaboration with a theater. In the 2000/2001 season, for instance, he was author-in-residence at the Staatstheater Stuttgart as part of the project “Dichter ans Theater”. Since 2011, Woelfl has been teaching dramatic writing at the University of Applied Arts in Vienna. Since 2012, he has been the curator of the Days of the Radio Play in Neulengbach in Austria.