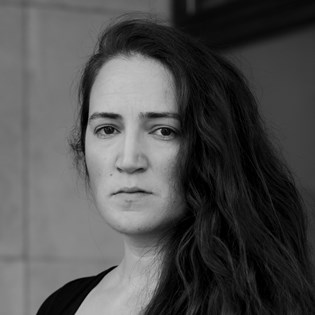 © Linda Rosa Saal
Maria Milisavjlevic was born in Arnsberg in 1982. After studying English Literature and Cultural Studies and Art History, she worked as a director at theatres in Germany and in London and wrote her Phd on the London Royal Court Theatre. She lived in Toronto, Canada from 2013 to 2015 where she worked as dramaturg and director at the Tarragon Theatre where she was also International Playwright-in-Residence in 2013/14. She won the Kleist Young Authors’ Prize for her play Brandung in 2013. Her play Beben was nominated for the Mülheim Playwright's Prize 2018, as well as being awarded the Author's Prize of the Heidelberg Stückemarkt 2017 and the Else Lasker-Schüler Playwriting Prize 2017. Alongside her work as an author, Milisavljevic also works as a translator. Maria Milisavljevic lives in Berlin.